The Legacy of Lorna Lovelost. 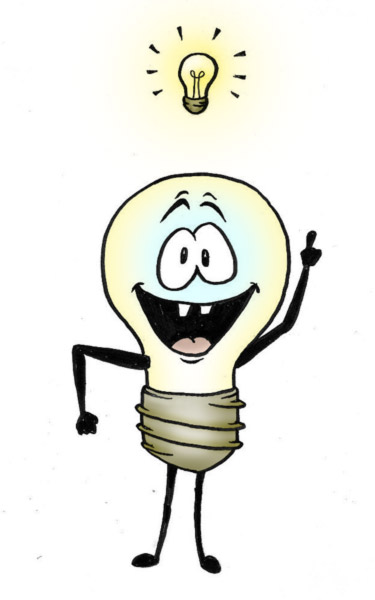 I’ve written about this a number of times in the past – the way in which the writing of fiction so often finds its own way, to one degree or another dictates its own terms. It never ceases to surprise. Yes, it can be somewhat scary – especially when you’re in the middle of preparing another project – but it’s almost always worthwhile, and something that I for one ignore at my peril.

This once again happened to me a couple of weeks ago. Whilst working on As Morning Shows the Day I had, during just about the entire eighteen months it took to complete, been carrying around another idea – the germ of a novel that I called Out of Season and which I finally started outlining about six weeks ago. Out Of Season was a dark piece (notice how I’m already speaking of it in the past tense?) The plan was to set it in Whitby and, bit by bit, drag my narrator down into his own personal living hell. Not exactly a laugh a minute but – I convinced myself – plot heavy and pretty viable, commercially speaking. I outlined and I outlined and I outlined, having somewhere in the region of 10,000 words of notes – which only covered the first eight chapters. I had no idea for an ending – I was hunting it down – and I was starting to realise that, whilst I was sure I could make it work, I didn’t much care for my principal characters.

And then it happened. One Thursday night (it may have been a Wednesday, I can’t recall exactly), just going over to sleep, something occurred to me. It was one of those drifting in, drifting out moments. Not quite asleep, not quite awake – at least initially. A thought came and I was suddenly very much awake – so awake, in fact, I knew right away I wouldn’t be getting much sleep that night.

In fact, I remained awake until about four or five in the morning “playing” with the almost fully formed novel, which I was already calling The Legacy of Lorna Lovelost. I didn’t write anything down, I simply laid there and looked at what I had from as many different angles as possible. I explored the characters’ histories, I tried for a one line pitch and found it immediately (always a good sign), I explored plot and theme, and, another good test for me, “listened” to my characters talking to each other. The dialogue was natural. I could hear the rhythm – and as I re-examined the central concept I knew, however tired I would be, the following day would be spent preparing the groundwork for a project that had now quite clearly taken precedence over Out of Season.

This is what I’ve been doing for the past week or so (among other things – more about that at a later date). I opted immediately for a simple three act structure and quickly got the central points down, providing a rough framework that immediately revealed the complete shape of the novel. I had my beginning, I had my middle and I had my ending. All that was required was the detail.

That’s something I’m still working on but I already have enough in place to know that this is the project I will be writing next. Tobias Lovelost – my shy, preternaturally gentle narrator – will take me (and hopefully you) on a tragicomic exploration of the nature of sacrifice, of love and friendship. Along the way we will encounter Patsy the Passionate Pumpkin, Katarina Scrimshaw and her left-handed limp – oh, and let’s not forget the obsessively compulsive Bob Bartholomew and his penis-shaped bong.

All in all I think it’s safe to say that – although there will be tears along the way (for my characters, not me… I hope!) – it’s going to be a blast. Apart from anything else it also provides me with the opportunity to take the piss out of Terence McKenna‘s self-dribbling, jewelled basketballs. Again.

And that’s never a bad thing, in my opinion.

Midweek — and Where it Finds Me.

And so it came to pass that in a small, former ironstone mining town, a sigh was born…

I know, I know — not exactly the best start to a blog post, but I’m feeling especially uninspired today, so you’ll just have to grin and bear it. Christmas was nice. There’s no disputing that. It was quiet and relaxing, with a pleasant Boxing Day (the day after Christmas Day, for my American friends) trip to Whitby. But I have to admit, I’m looking forward to getting back into my old writing routine — the new novel already demanding my attention, nagging me to get on with it.

And so, Monday is pencilled in as Day One of My Writing Year. Yes, New Year’s Eve, which I’m even less inclined to celebrate than Christmas. New Year’s Eve but also the beginning of the week, and I like starting a new project on a Monday so…

At this point, I was going to write something about the tragic mess in Pakistan, but I’m not sure I have anything especially original or insightful to add to the other, far more informed commentaries, other than to lament the possible outcome. I’ll leave the causes and implications to the analysts, but I have my pet-theories, as I’m sure we all have.

To finish on a lighter note — Christmas TV. To the Manor Born, anyone? If this is the best the BBC can do, then I give up, I truly do. Badly written, badly acted nonsense with forced relevance and not even a whiff of nostalgia to save it. A good reason to cancel Christmas next year, in my opinion. Utter rubbish.

There. That feels better 😉

My little corner of Paradise seemed anything but paradisiacal when I awoke from my slumber this dark November morn. In fact, it was pretty bloody bleak — one of those half-arsed English winter days of misty hills and intermittent drizzle, actual sunlight (or daylight, for that matter) a seemingly long-forgotten memory. I sat staring at my chapter outlines, which have been progressing nicely, looked out of the window, shivered, drank tea, stared at my outlines a while longer — and then gave up, had some lunch and went to Whitby for the afternoon.

Even bleaker, but somehow right. Slate grey skies and seas, the sense of a place abandoned (up on the West Cliff, at least — down in the harbour it was much more lively.) A welcome break.

A dark, rather poor quality video of the piers from the West Cliff follows. It gives a fair impression of what the day was like.